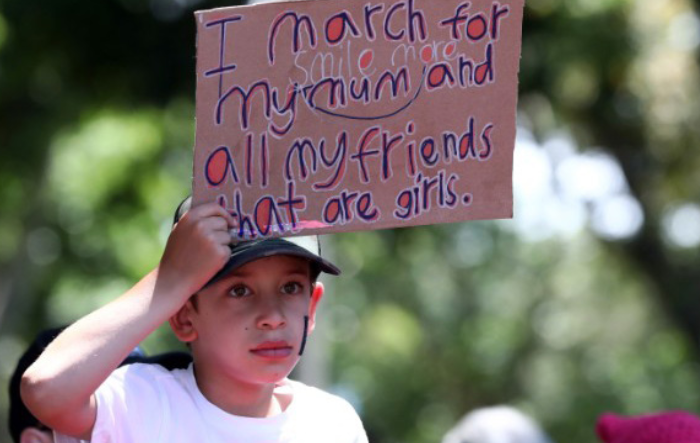 One day following President Donald Trump’s inauguration, women from all over the world gathered in protest to promote equality and to protect the rights of women. The  Women’s March on Washington was hosted in Washington D.C. but was joined by protesters in virtually all 50 states and in prominent cities including Miami, Pittsburgh, New York City and Chicago. Thousands of protesters across seas in Europe, Australia, New Zealand and Antarctica, also took to the streets in protest of the new administration.

The March, which had an estimated half a million attendees, was organized to show support for causes including immigration reform, health care reform, protection of the natural environment, LGBTQ+ rights, racial justice, freedom of religion and workers’ rights.

“Today we marched for the future,” said Sherry Phillips, Boca resident who attended the Women’s March in Washington D.C. “We call on leaders around the world to protect our rights no matter our race, age, sexual orientation and gender.”

Hope Gillespie, a junior at George Washington University, was also in attendance. Gillespie had just returned from a semester abroad in Ireland and says she felt like the states “alienated” her while she was away.

“Our nation told our little girls to sit down and shut up,” said Gillespie. “For me, [today] was a reminder that women like my mother and my grandmother are not alone in being strong and independent women.”

Across borders in Pittsburgh, participants marched through the city to the Market Square, giving locals and students the opportunity to express their concerns and feelings toward the President, who faced media scandal and public controversy surrounding what many concurred was misogynistic mistreatment of women.

“I marched because I believe in women and our capabilities to do whatever it is we that we want to do,” said Gabbi Hamer, senior at Point Park University in Pittsburgh. “Being raised by a woman who made her way as a black woman in a white male dominated profession really motivated me to fight for my rights.”

For many, the marches represented a way for these women to make their voices heard and to carry on the legacy set forth by the women that came before them.

“I was brought up not just being told, but witnessing that I could be anything I wanted to be,” Hamer continued. “I saw how hard my mom fought for it and how much she had to prove and I think I wanted to march because continuing a fight for equal rights is the only way to repay those who blazed the trail before us.”

The marches highlight a growing tension between government officials and the general public in the months proceeding the election. According to the movement’s social lmedia pllatforms, organizers plan on releasing specific information pertaining to upcoming protests and events. To learn more about how to get involved, visit http://www.womensmarch.com.

Kaitlyn Frame, originally from Washington County, Pa., is a senior at Lynn in the 3.0 program, majoring in multimedia journalism. She has been involved in iPulse since the second semester of her freshman year and is a member of the Lynn Leadership Institution. She has also performed in Celebration of the Arts for the past two years, as well as other Lynn Drama productions including Cafe de Cave and Postcards from Paradise. Frame was a contributing student writer for the Palm Beach Post during the entirety of her sophomore year at Lynn and was lucky enough to have multiple articles published. Outside of school, she enjoys reading, traveling, photography, participating in musical theatre and playing multiple instruments including ukulele, guitar, piano and drums. 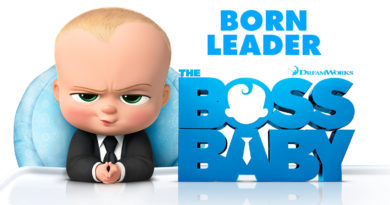 The New Boss is in Town 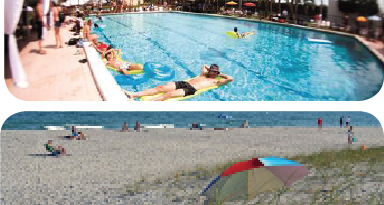