The Broadway megahit “Hamilton” has already spawned a best-selling cast album, a PBS documentary and a book about its creation. Now it’s spinning off a CD by fans who happen to be some of popular music’s biggest stars.

The 23-track “Hamilton Mixtape,” set for release Friday, features covers by such artists as Usher, Kelly Clarkson, Nas, Ben Folds, Alicia Keys, Ashanti, John Legend, Sia, Common, Wiz Khalifa, Queen Latifah, The Roots, Jill Scott and Busta Rhymes.
It was unveiled Thursday during a four-song performance at the Broadway home of “Hamilton” at the Richard Rodgers Theatre, which was packed with those who had won an online lottery. A live stream also captured the event.
Tariq “Black Thought” Trotter of The Roots served as host, and he helped open the show with his version of “My Shot.” There were also performances by Ashanti and Ja Rule (“Helpless”), Andra Day (“Burn”) and Regina Spektor (“Dear Theodosia”).
The album features songs from the show that have been reworked with new arrangements and new lyrics, as well as demos that never made the show, remixes and new songs like “Immigrants (We Get the Job Done).”
Highlights include Legend reimagining “History Has Its Eyes On You” as a gospel anthem, Clarkson turning “It’s Quiet Uptown” into a power ballad and TV host Jimmy Fallon channeling his inner-Broadway with “You’ll Be Back.”
Joell Ortiz, a New York rapper who is featured on the mixtape, said he thinks the new album has more appeal to a non-Broadway audience. “I have friends who have never been to Broadway,” he said. “I realized they’re just scared of it. The buildings seem big and the elevators seem like places they don’t belong.”
Lin-Manuel Miranda’s hip-hop-flavored biography about the first U.S. treasury secretary has become a hot ticket on Broadway and has birthed a production in Chicago, with plans for others for San Francisco and London.
The mixtape is in many ways a return to the roots of the project, which began as a collection of songs inspired by hip-hop artists. When Miranda was writing “Helpless,” he admits he was thinking of Ashanti and Ja Rule singing it.
Ja Rule went to see the show without high expectations, fearful the mix of rap and Broadway wouldn’t work. He left “blown away” and a Miranda fan. “This is the beauty of what he did: He took something so left and fused it with something so right and made it so right,” he said before hitting the stage.
The mixtape arrives after the cast album has sold more than 2 million copies and won a Grammy for best musical theater album. It debuted at No. 12 on Billboard’s album charts – the highest for a cast album debut since 1963. The new mixtape is executive produced by Miranda and Questlove of The Roots.
Producer and DJ !llmind, who produced four tracks on the mixtape, said the biggest challenge of putting together the new album was maintaining the integrity of the original songs while also making them new and fresh.
“Trust me, it was definitely a challenge,” he said. “Sometimes it was like ‘OK, we’re on our 15th revision’ and then we end up going back to the original one. That’s just the nature of music but it was a hell of a lot of fun doing this.”

This story was written by Mark Kennedy of the Associated Press. 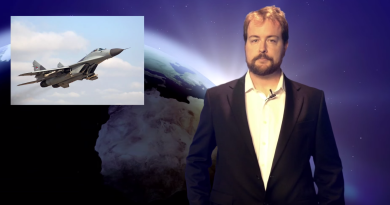 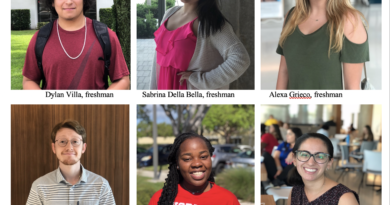 Drowning the Ocean in Plastic 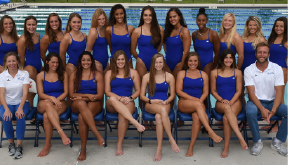