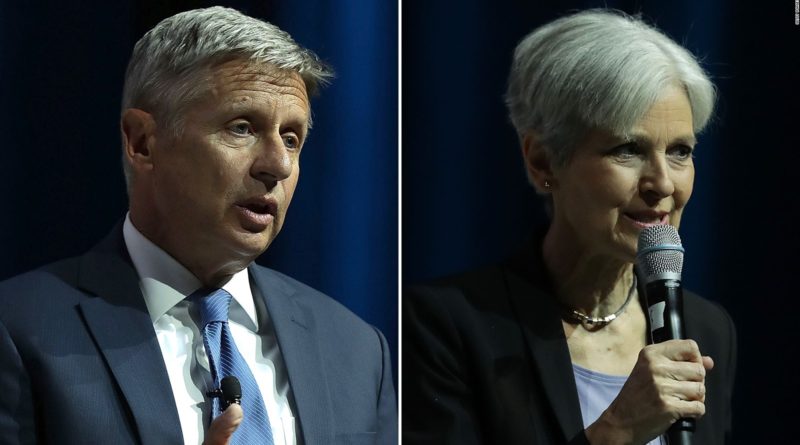 With the election at the forefront of most voters’ minds, Americans are closing in on their decisions of who to vote for. While everyone has been paying close attention to Democratic candidate Hillary Clinton and Republican candidate Donald Trump, third party candidates have been relegated to inferior status in the news media.

Unlike Clinton or Trump, third party candidates like Dr. Jill Stein from the Green Party and Governor Gary Johnson from the Libertarian party received little to no coverage throughout the campaign.

“In a study of all 1,713 campaign stories from the ABC, CBS and NBC evening newscasts between Jan. 1 through Aug. 31, just 0.03% of the airtime was spent talking about candidates outside of the Republican and Democrat parties,” said Sally French in an article published by MarketWatch.

Without coverage these candidates do not get attention and fail to rise in the polls which were a particularly touchy subject regarding the presidential debates because candidates had to meet a polling threshold of 15 percent in order to be eligible to stand on the debate stages.

While Gary Johnson did not reach 15 percent, he is not far off. Today, he is polling nearly 10 percent and will be on the ballot in all 50 states, yet he still can’t get the coverage needed to win.

Hannah Foy, a junior from Florida Atlantic University, voted for her first time this year and shared that she in fact did not even know there were other political parties until recently.

“Once [I found] out about them, I tried to do my own research but found that there just wasn’t enough coverage on them to know where and what they stood by,” explained Foy.

As a result, Foy settled for one of the major party candidates hoping that whoever wins tries to do their best as the next president of the United States.

“With voting being so important I would like to look at all my available options, not just the two that are most popular. I would definitely like the media to cover the third parties more so I could be more informed on their views, strategies and solutions to our country’s problems.”

Levine suggested the media has a strong power over the public’s views and what to believe. Ignoring third party candidates leaves individuals with the idea that they have limited options when they actually have more than they tend to think.

FAU senior Rielle Sukhu commented on the feasibility of voting for a minor party candidate.

“I considered third parties but because they didn’t have enough backing compared to other years, I felt they weren’t going to be successful and this swayed my vote a certain direction.”

The notion that third party candidates are unlikely to win the office of the presidency has been a major factor as to why they have historically gone without enough support to break the hold the Democratic and Republican parties have on the United States political atmosphere.

However, with enough thought, voters like the students at FAU might give candidates like Stein and Johnson a shot at being their pick for the next commander-in-chief. 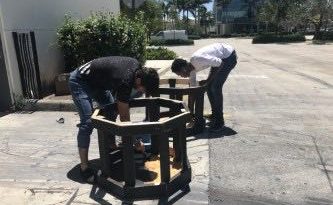 Bringing Three By Fours To Life

A View for a Fresh Millennium