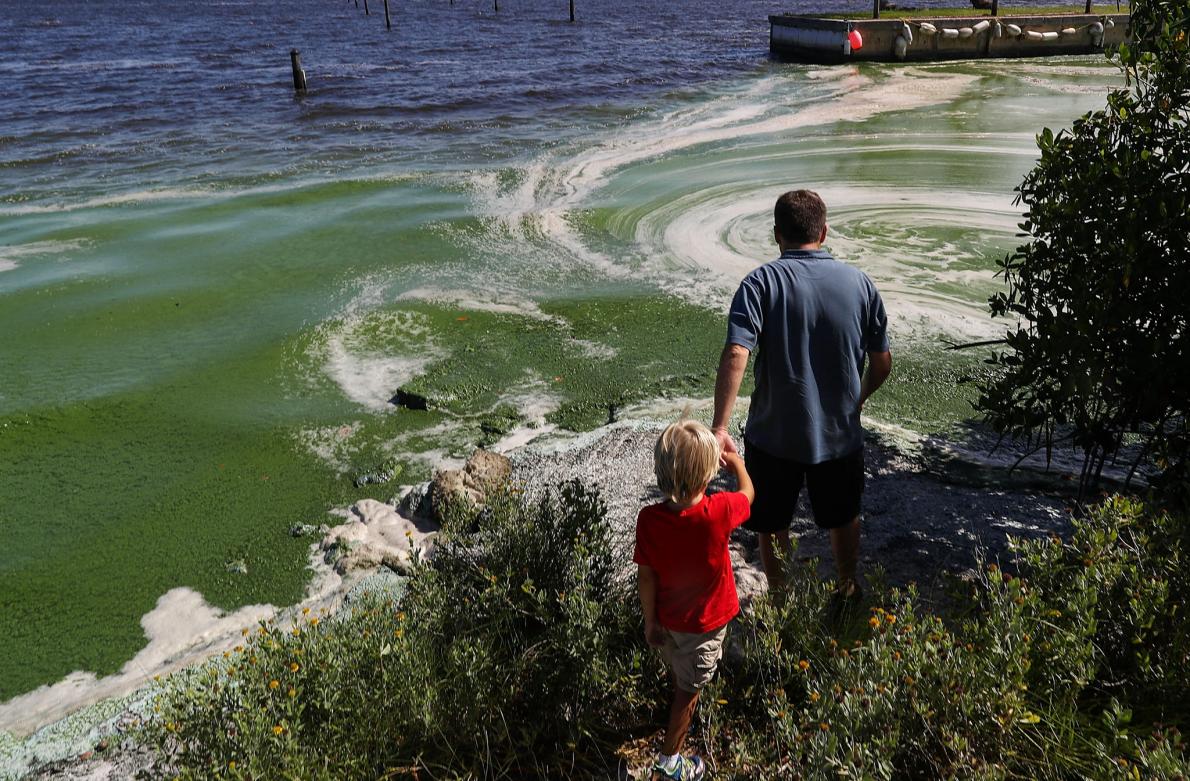 A truly harmful algae bloom has blanketed Florida’s Treasure Coast waterways since the early part of summer. These algae blooms have been confirmed in at least 44 locations across South Florida.

Regardless of the imminent threat, many in Florida are still only vaguely aware of the situation’s specifics.

“I’ve heard a little bit about it from the radio, but not much,” said Amber Williams, graduate student. “I’m wondering how it affects me.”

In July, Gov. Rick Scott declared a state of emergency in four Florida counties. He also requested the Obama administration declare a federal emergency, but the request was denied.

Craig Fugate of the Federal Emergency Management Agency (FEMA) stated “the supplemental federal assistance under the Stafford Act is not appropriate for this particular event.”

Though the algae bloom  is choking the coastline of Florida’s waterways and is threatening the tourism industry, it does not satisfy the Stafford Act’s definition of a major natural disaster. This algae bloom is a man-made affliction.

This guacamole-like thick algae bloom is a cyanobacteria that is found in Lake Okeechobee and is a result of the runoff created by human waste and fertilizers from nearby farms and ordinary neighborhoods flowing into the lake. The polluted runoff, which may contain nitrogen, phosphorus and other nutrients, helps the algae blooms to thrive. These in turn create such extensive blooms that they are even visible with satellite imagery.

The bloom depletes oxygen in water, causing harm to marine life. Furthermore, the bloom is potentially dangerous for humans and their pets because its ingestion can cause nausea, vomiting and in severely acute cases, even liver failure.

The economic impact of the algae bloom is also substantial with financial repercussions that would involve increased health costs and enormous hospital bills for insurance companies, along with tourism revenue losses and increased beach clean-ups to clear dead fish.

According to Dee Ann Miller, spokeswoman for the State Department of Environmental Protection, it is a challenging task to predict future algae blooms and be prepared for them.

“The nature of most freshwater algal bloom events makes it difficult to predict where and when a bloom will occur or how long it will last,” said Miller.

People are advised to avoid swimming, boating or water skiing in discolored waters or near waters showing signs of algae by the CDC (Centers for Disease Control and Prevention). For more information, Florida residents can visit the Florida Department of Environmental Protection’s site at  dep.state.fl.us.