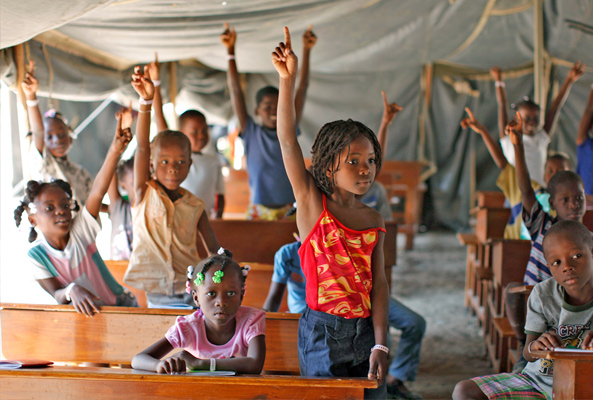 MERSAN, Haiti (AP) — School always provided a sense of security for 12-year-old Love Manie Simeus. The studious Haitian girl never missed a day of class, often sprinting down the rutted road from her grandmother’s stone-and-concrete shack to arrive before the teachers.

But in the wake of Hurricane Matthew, that primary school in the foothills above the city of Les Cayes is no longer a refuge from a life of rural poverty. It’s now her home — jam-packed and disheartening — for the foreseeable future.

“I really hope classes can start soon. I don’t want to fall behind,” said Love, who has been sleeping badly next to her grandmother on the hard floor of a crammed classroom in Mersan. She helps cook for a dozen others displaced by the storm and conjugates French verbs in her mind since her schoolbooks are now a wet pulpy mess at her wrecked house.

Only a few schools opened despite the fact that Haiti’s central government said classes would begin resuming across the storm-devastated southwest region on Tuesday. Local officials said it will be a long time before that happens.

The government says at least 420 public schools were damaged or destroyed in the storm and many of those that survived with partial damage, like Love’s, are crowded with storm victims who have nowhere else to go. And that figure doesn’t include private schools, which far outnumber public schools in Haiti.

“Port-au-Prince keeps saying that schools should open now, but they aren’t doing a thing to make that happen. We have all these homeless students, many homeless teachers,” said Les Cayes Mayor Jean Gabriel Fortune.

It’s been two weeks since the Category 4 hurricane hit Haiti, killing hundreds of people and destroying tens of thousands of flimsy homes, many of them now nothing more than tangles of broken timber and twisted sheet metal. School has been interrupted for more than 100,000 children.

Alexis Aniese, a mother of three whose home was wrecked in a slum of Les Cayes, said she desperately wanted classes to resume at her children’s school. But if they do, the family would lose its only shelter: the Dumersais Estime school where her family lives with more than 500 others.

“I want them to start classes, but at the same time, we need someplace new to live. We don’t have the ability to make that happen on our own,” she said.

On the concrete roof of the low-slung concrete complex, young boys sat watching teenagers play soccer, piles of pebbles serving as goalposts. Schnaider Chery, 11, said he had grown weary of his monotonous life in the emergency shelter.

The slender boy was anxious he wouldn’t be allowed to return to school because his uniform was taken by Matthew’s winds and his family couldn’t afford to pay a tailor to make another one.

“Will they let me back in if I don’t have a uniform anymore?” he asked Associated Press journalists plaintively.

Some school-age kids are trying to stay busy playing games. Others spend their days lying sluggishly on wooden school benches next to adults. The most anxious youngsters were going back to sucking their thumbs, while some parents said other kids were fighting more and acting out.

Aid workers who specialize in working with children in crisis say they fear kids will struggle with emotional aftershocks of the violent storm.

“Kids shouldn’t be out of school for more than a month. There are pretty severe mental health issues that can get worse over time,” said Olivia Watson, a communications coordinator for London-based Save The Children, which runs 27 schools in Haiti’s storm-wracked southwest region.

While Love was doing her best to keep busy, she was having nightmares about Matthew’s shrieking winds. When asked what she missed most from her old life, she said she longed for a plastic baby doll she named Natasha. Asked what happened to the doll, she burst out laughing and said: “She’s dead now. She got crushed by the roof.”

Love was trying to keep her mind sharp by reading Bible passages to illiterate storm refugees at night and looking through school library books that made it through the storm. She regularly tidies her blue-and-white uniform that she keeps in a plastic bucket where her family stores its salvaged clothing.

“I want my uniform to be ready when the teachers come back,” she said, tending to a charcoal stove where she prepared a spaghetti dinner for a dozen roommates, young and old. 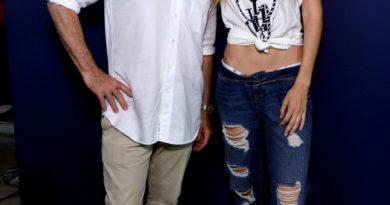 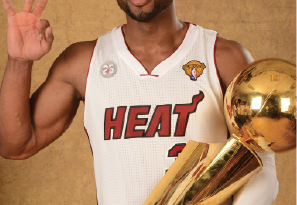 ONE LAST SEASON FOR MIAMI ALL-STAR 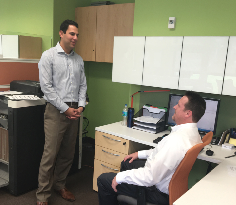