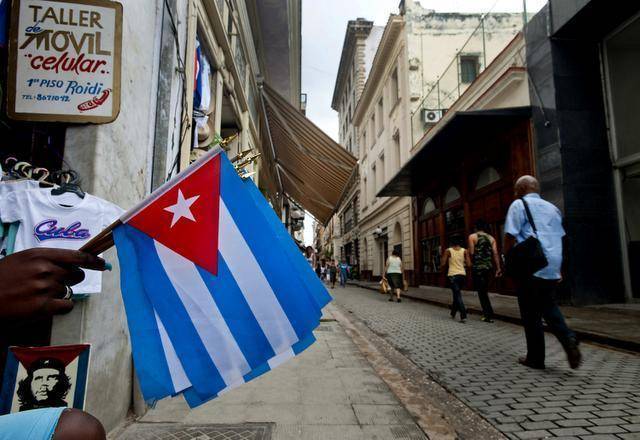 The Obama administration announced Friday that it is eliminating a $100 limit on the value of Cuban rum and cigars that American travelers can bring back from the island.

The administration is also lifting limits on cargo ship travel between the U.S. and Cuba and easing U.S. and Cuban researchers’ ability to conduct joint medical research. The measures are contained in a new round of regulatory changes meant to ease U.S. trade with Cuba.

The Obama administration has now made six sets of changes loosening the U.S. trade embargo on Cuba in hopes that the normalization of relations with the island will not be reversed by a future administration. This round is expected to be the last before President Barack Obama leaves office.

Cuban rum and cigars will now be subject to the same duties as alcohol and tobacco from other countries, meaning most travelers will be able to bring back as many as 100 cigars and several bottles of rum. Because high-end Cuban cigars can sell for more than $100 apiece outside Cuba, every U.S. traveler can now legally bring back many thousands of dollars of Cuban products, potentially generating hundreds of millions of dollars in new annual revenue for the Cuban state.

The change does not mean that Cuban rum and cigars will be available for sale in the U.S. — the change is aimed at tobacco and alcohol brought home for personal use.

The previous limit restricted travelers to a combined value of $100 in rum and cigars, although enforcement of the limit notably declined after President Barack Obama declared detente with Cuba on Dec. 17, 2014.

The head of U.S. affairs at Cuba’s Foreign Ministry, Josefina Vidal, said the measures are “a significant step,” but she said they have “a very limited character” and leave in place restrictions on investment in most parts of the Cuban economy.

She also complained that the rationale for the measures is that that they are meant to encourage “subversive” changes on the island.

The administration has described its policy goal as aimed at helping the Cuban people improve their lives by winning greater economic and political freedom from the single-party state.

“Challenges remain – and very real differences between our governments persist on issues of democracy and human rights – but I believe that engagement is the best way to address those differences and make progress on behalf of our interests and values,” Obama said in a statement announcing the changes.

The new changes also allow cargo ships to visit U.S. ports directly after docking in Cuba. They had been barred from U.S. ports for 180 days after visiting Cuba. Cuba blamed that measure for harming its ability to import and export and dampening hopes that a new military-run port in the city of Mariel could serve as a major link in the regional cargo shipping system.

A senior Obama administration official said the new regulations’ focus on Cuban state enterprise should not be interpreted as a shift away from helping ordinary Cubans.

“We have designed the policy very much to have the maximum benefit to the Cuban people, broadly, but in so doing we are not restricting engagement with the Cuban state. That has been clear since Dec. 17, 2014,” the official said in a conference call with reporters held on condition of anonymity. “The Cuban people continue to be at the center of everything we’re doing.”

More than 160,000 American travelers visited Cuba last year and that figure is expected to double this year. Hundreds of thousands of Cuban-Americans visit family on the island each year and will also be able to take advantage of the new measure, which comes a month and a half before the restart of commercial flights to Havana after more than 50 years.