After a long and speculated pursuit of a new Supreme Court Justice to fill the seat of the late Antonin Scalia, President Obama has finally made the decision to nominate Merrick Garland for the Supreme Court.

Garland, formally a federal appeals judge, is very well known in Washington and received support from both Democrats and Republicans, due to his fairness and moderation.

“I’ve selected a nominee who is widely recognized not only as on of America’s sharpest legal minds, but someone who brings to his work a spirit of decency, modesty, integrity, even-handedness, and excellence,” said President Obama during his announcement speech introducing Garland as the nominee for the Supreme Court seat.

“Presidents do not stop working in the final year of their term; neither should a senator.” President Obama’s nomination of Garland was very quickly rejected by many members of the Republican Party, including the Senate Majority leader Mitch McConnell.

“The American People may well elect a President who decides to nominate Judge Garland for Senate Consideration,” said Majority Leader McConnell in wake of the news about Obama’s nomination of Garland.

“The next President may also nominate someone very different. Either way, our view is this: Give the people a voice in the filling of this vacancy.”

Obama’s selection of Garland as his nominee shows that he put his focus on nominating a hardworking, even-handed candidate who understands legal principles as opposed to an individual who may have been more beneficial to the Democratic Party.

That being said, Garland may not be the worst selection in the eyes of many Republicans, but others such as Mitch McConnell want more than just a decent candidate, they want the American people to have a say in who will be filling this seat, which has made this topic extremely relevant to the current Presidential race.

“At a time when our politics are so polarized, at a time when norms and customs of political rhetoric and courtesy and comity are so often treated like they’re disposable, this is precisely the time when we should play it straight,” said President Obama about his nomination.

Moving forward, it will be important to see how Obama’s nomination of Garland will impact the current Presidential Campaigns and how politicians such as Mitch McConnell will react to this recent nomination. 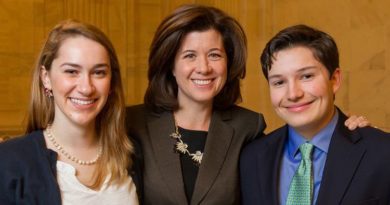 The Office of the Parliamentarian