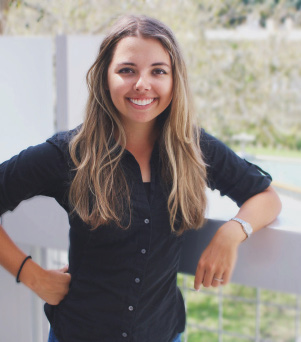 As the social media manager for the The 22 Project, Jaci Cruz spends her time unlike most teens. Splitting her time amongst dual enrollment at Lynn and being a high school senior, Cruz saves the lives of veterans who struggle with mental disorders as a result of war.

“The 22 is for the number of veterans who commit suicide everyday due to PTSD and traumatic brain injury,” explained Cruz. “Unfortunately, they’re not receiving the care that they need from the government.”

According to Cruz, veterans who receive unique treatment offered at The 22 Project, which include Hyperbaric Oxygen Therapy, can avoid medication provided by the government, which may put them at risk for drug addiction.

“Treatments at The 22 Project are unlike what anyone else is doing in the state of Florida. The results are astounding.”

For Cruz, managing The 22 Project’s social media means heightening awareness for those who have sacrificed their physical, emotional and mental health to serve the nation.

“My job is to raise as much awareness as I can for the guys who sacrificed so much,” said Cruz. “I can say that being able to serve The 22 Project has been one of the most amazing experiences of my life.”

Cruz’s motivation to excel with non-profit organizations reflects the same motivation with regards to jumpstarting a higher education while attending high school.

“It’s a great dynamic,” said Cruz. “It forces you to assume adult responsibilities, before you’re actually an adult.” Between juggling classes and raising awareness for a cause, Cruz assumes more than just the role of an adult; she has become a model of inspiration for many.