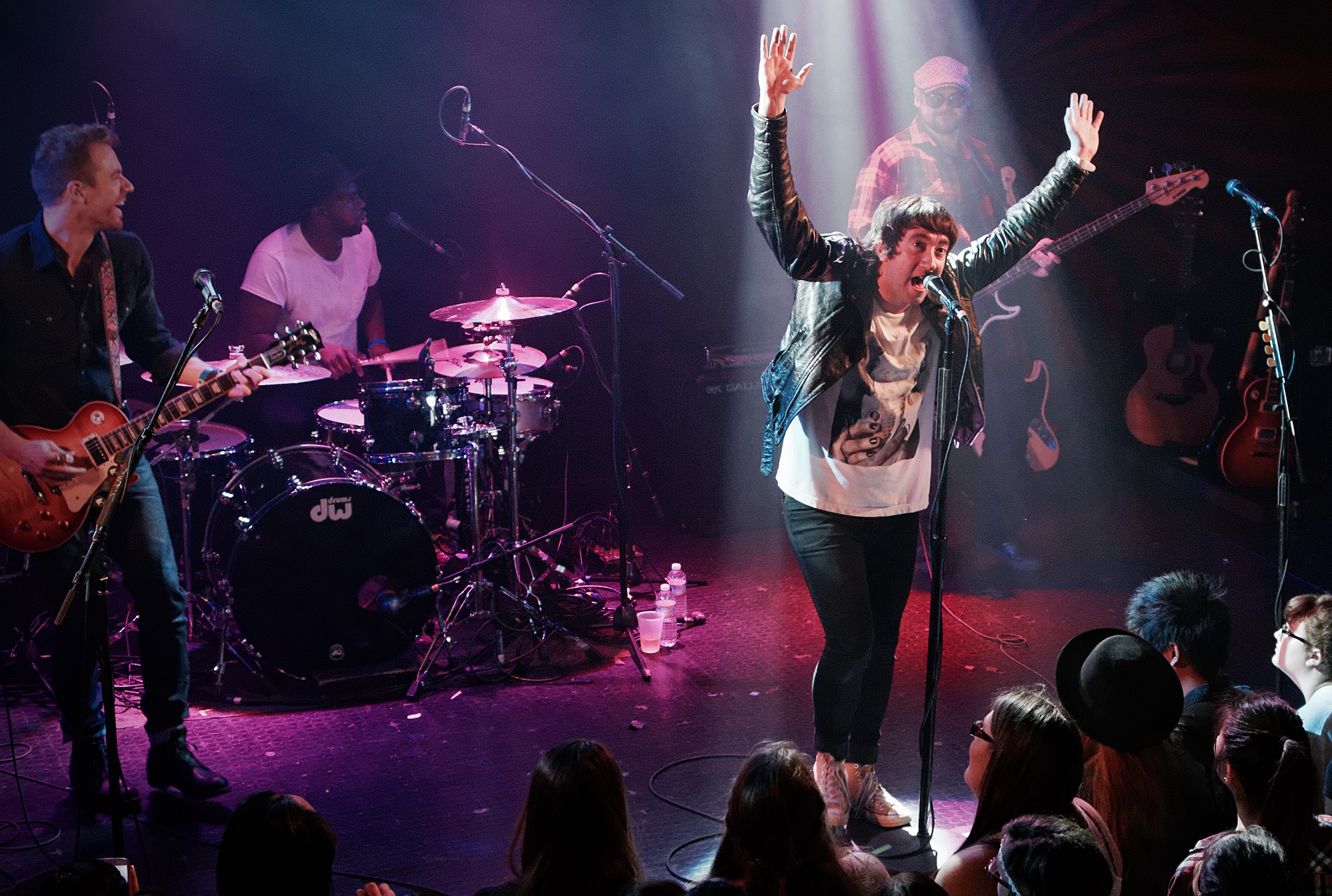 Globally adored band, The Plain White T’s, stopped by Lynn on Wednesday, March 26 where they played some of their top-hit songs, including platinum achieving tracks such as “1, 2, 3, 4” and “Rhythm of Love”. They rounded off their set with an intimate version of Grammy nominated “Hey There Delilah”, in which lead singer, Tom Higgenson, switched up the lyrics to the chorus, singing “Hey there Lynn University, here’s to you, this one’s for you.”

“The concert was absolutely amazing,” said Sydney Trezza, freshman. “The Plain White T’s sounded perfect and everything had such a personal vibe, especially with the way the band kept taking breaks in between songs to talk to the crowd.”

The intimate set was intensified by the few tracks the band played around one single microphone, switching out their electric guitars for acoustics and ukuleles.

The cozy setting of the concert continued after the show was over, when the band graciously met fans outside of the Wold Performing Arts Center, where the show was held.

Upon first seeing rhythm guitarist and vocalist Tim Tirio, it’s easy to be in awe of his tall stature and killer smile. This anxiety diminished, however, when I felt a hand slip into mine. “Hey, what’s up? I’m Tom,” said the band’s lead singer, Tom Higgenson.

The boys of the band were incredibly sweet as they posed for pictures with students and signed autographs.

“They were beyond nice,” exclaimed Trezza, who also got quite a few hugs from the band. “We literally just stood outside and hung out with them for 20 minutes like it was a totally casual thing. It was just perfect.”

Visiting the university even inspired Tirio to possibly return to school himself.

“I love Lynn University, you’re tempting me to go back to school,” said Tirio. “I mean, I seriously don’t know what I would do if I couldn’t do this, so I think I might be going back to school. I’ll be back here at Lynn!”

After countless pictures and autographs, the Plain White T’s finally left, with the whole band craving Shake Shack and Higgenson shivering without a sweater. However, he didn’t leave without giving Fighting Knights a few words of advice:

“Live in the moment. Prepare for the future, but live life as if there were none.”