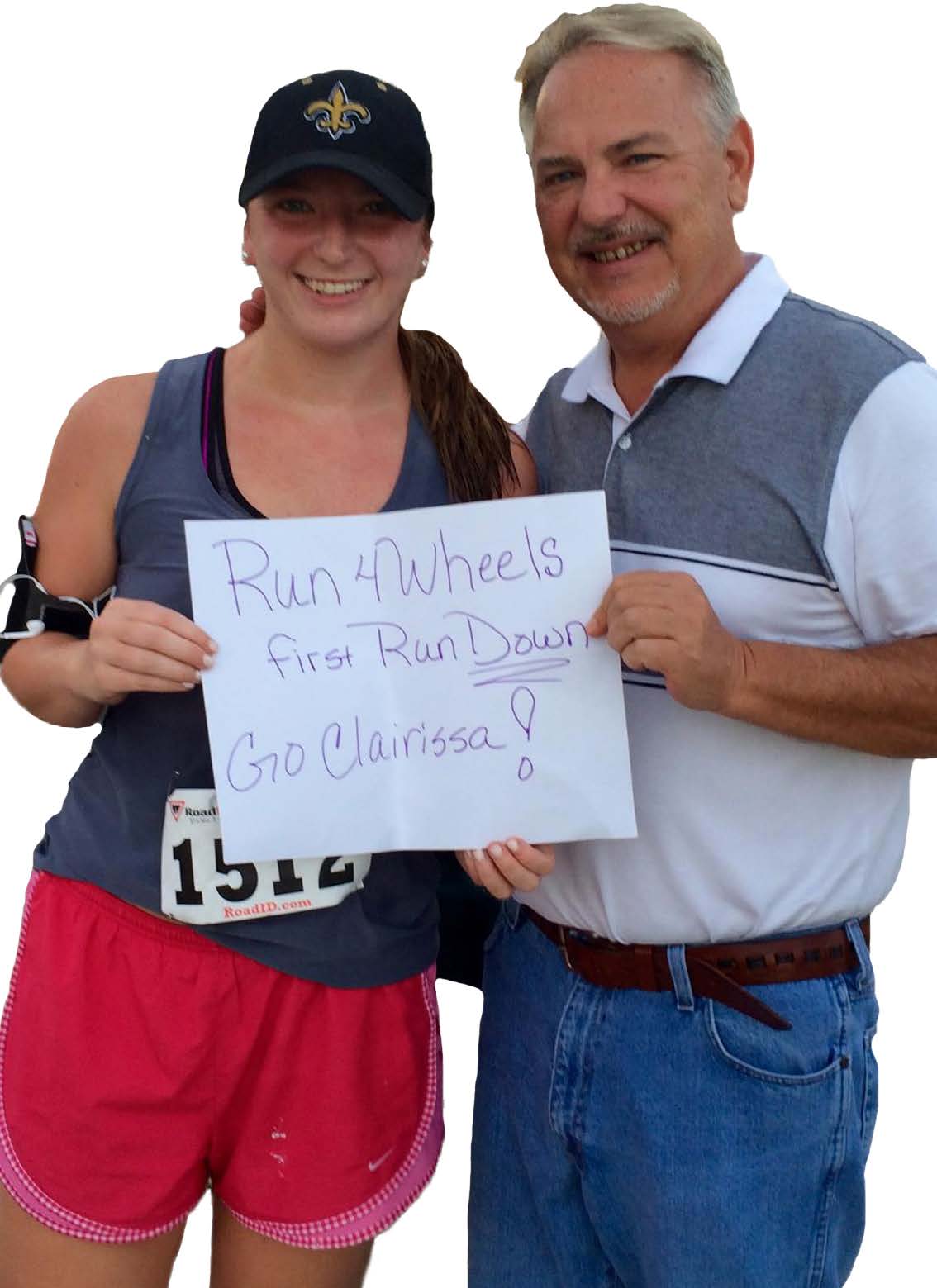 Birthday wishes are usually spent on hopeful ambitions that are to be met within the following year, but for Clairissa Myatt, graduate student, she wished for something far beyond a selfish need the moment she blew out her 22 candles.

After spending the past 13 years of her life dedicated to competitive swimming – four as a Fighting Knight, Myatt felt as if she had lost her purpose the moment she traded in her swimming equipment for a diploma.

As she nervously walked across the stage at her undergraduate commencement ceremony, she accepted the fact that she was saying goodbye to a part of her life she significantly identified herself with. Now, completing her MBA in mass marketing and communication in the College of Business and Management, Myatt became determined to make this next chapter of her life one that would not only impact herself, but a larger community of individuals.

It was in the moment of blowing out her 22 birthday candles where Myatt closed her eyes, desperately wished for a full year of happiness motivated by constant drive, and before she could exhale, a single, but impactful strain of thoughts came to mind.

She questioned where exactly she could see herself within the next 12 months and realized the fresh start she was longing for was to make a challenging goal of running 22 rigorous 5K races before she hits the age of 23.

Yes, she was doing this to get in touch with her inner-active self again, but she also thought that for every race she would run for herself, she would also be running for those in need of a helping hand by fundraising and giving all proceeds to a variety of different charities.

With thoughts of clarity streaming through her mind, she had once again felt the fire ignite within as she realized she had found her next purpose in this life.

“I decided that I didn’t want to spend my next year on myself,” said Myatt. “I wanted to spend it helping others. I wanted to feel like I had a bigger purpose and make an impact on other lives.”

Jane currently works at an underprivileged hospital that has been in need of supplies and remodeling that must be done for their patients. This inspired Myatt to create her own website to start fundraising for every race she would run in.

“It feels refreshing to give back because we always spend so much time focusing on ourselves and not so much on other people,” said Myatt. “It really gives you a breath of fresh air to put your energy toward something much bigger in life.”

After placing third in her age group with a time of 28 minutes during her first race, Myatt could not settle the rush of gratitude that had surfaced from not only reaching a goal she set out for herself, but for those she had raised money for.

“This goal is much bigger than just a one-and-done donation,” said Myatt. “My mission is to make a difference 365 days of the year by helping others as much as I possibly can.”

During her training and leisurely runs, Myatt makes sure to turn on one of her most used apps on her cell phone. Charity Miles has become a platform for Myatt to generate her own personal donations when not competing in her many races.

This free app empowers users to generate and earn money for the charities of their own selection. Bikers earn up to 10 cents per mile while walkers and runners can earn up to 25 cents by the many sponsors affiliated with Charity Miles.

“You don’t have to be the fastest runner or even finish a race,” said Myatt. “As long as that timer is on, you are making a difference.”

When it comes to making a change within this world, Myatt is one of the many individuals who sees the importance of helping others.

When people start to adjust their own personal lens and shift the idea of what their purpose can not only do to benefit themselves but those around them, they will understand how impactful one single act of kindness can drastically change someone else’s world.