Lynn is home to a multitude of talented professors with an impressive amount of real world experience they use to prepare their students for success. Tucked away on the third floor of the library is Robert Trainor, a seemingly quiet man whose career speaks for itself, leading him to win two Emmy Awards.

“Everybody knows that actors and actresses get awards and Emmys, but there’s also the people that work behind the scenes that get some technical Emmys,” said Trainor. “They get some recognition that way, so it’s quite nice.”

Trainor serves as Lynn’s broadcast engineer and also teaches the audio production courses. He acts as the faculty advisor for Lynn’s radio station, “Knight Radio.” Trainor’s vast experience in the field proves beneficial when he is assisting students at the radio station, as well as in the control room.

“Pretty much my whole career I’ve been working in television. I was hired at ABC television network and I was the technical manager of graphics and electronic graphics systems,” said Trainor. “In 1988, ABC was selected to do the Winter Olympics in Calgary, Canada. I went up there to provide engineering support and management for our graphics operators.”

Trainor’s team performed so well that year they were awarded the 1988 Sports Emmy for Technical Excellence for a Special Event. The awards did not stop there for Trainor and in 2002, he was hired by NBC to cover the Winter Olympics in Salt Lake City.

Trainor keeps his Emmy’s proudly displayed on a bookcase at home where he jokes they could even be used as bookends. “It was a team effort and we were quite happy to get that award,” said Trainor.

“Besides being a part of a major event like that, it was nice to get the award later for providing such excellent broadcasting.”

Trainor continuously brings his experience to the classroom, providing students with critical insight they will need in the field. Trainor can be found if a student ever needs to rent a piece of technical equipment for a class project. This man will certainly go out of his way to help the students of Lynn anyway he can in hopes that they too will receive recognition for their work one day. 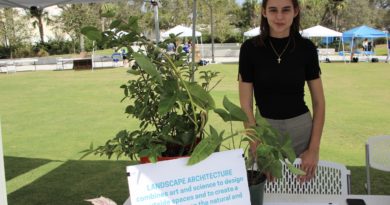 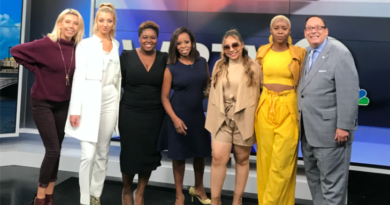 ‘Tis The Season For Tonal Fashion