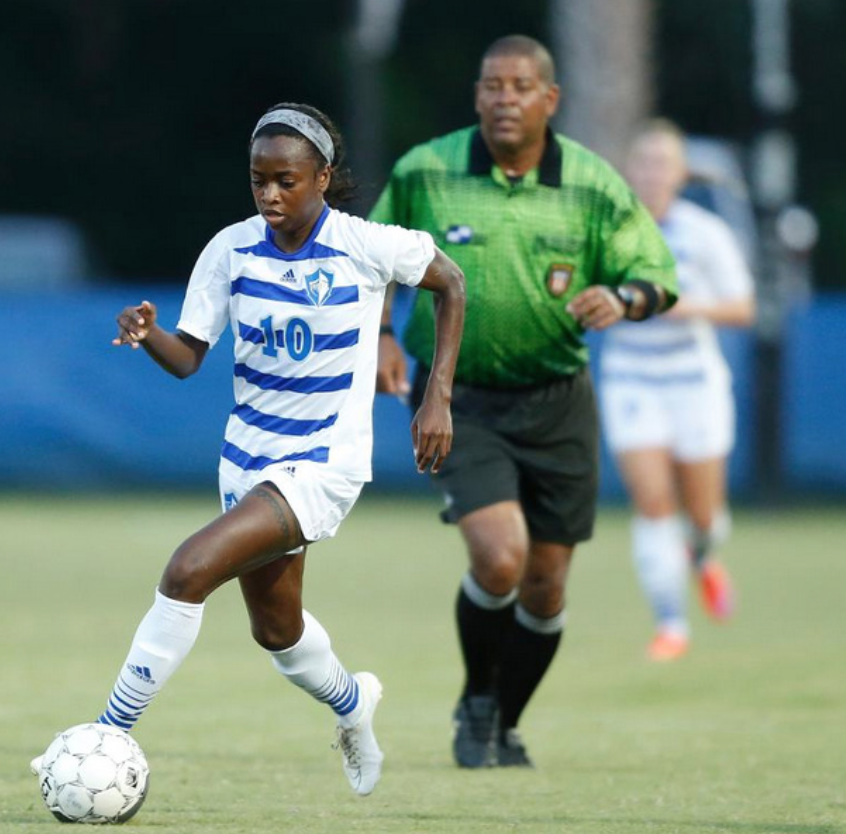 After previously being red-shirted on the Women’s Soccer team, Donish Cole, sophomore, is more than thrilled to be back and to play the sport that she loves and continues to make headlines for the team.

Originally from New York, Cole lived in Jamaica before moving to Florida, where she was raised for most of her life.

At 4 years old, Cole was introduced to soccer by her father. Instantly, her passion for soccer began to flourish.

“I started playing U-10 when I was 6 years old,” said Cole. “When I became a teenager, I started playing on [the men’s] teams because I wanted a challenge and I was always tiny and skinny, so I needed to learn how to play faster and how to be more physical, just so when I played with girls, I wouldn’t get shoved and bounced around.”

Those boys did their jobs and surely toughened Cole up to be prepared for the game that she plays today while in college.

“College soccer is more intense and harder than high school soccer just because in college, it’s more of a big deal,” said Cole. “In high school you would have players that weren’t as good as others, but in college, you can bet that [the] majority of everyone on the team is good and passionate about soccer.”

The passion that Cole has for soccer is exemplified by the fact that she has been making headlines for the Women’s Soccer team.

“I’ve scored in every game since the PBA game,” said Cole. “The goals I have scored have been goals that ended up allowing us to get back into the game.”

Cole is pleased to be considered as a powerful player for the team and is looking forward to playing hard with her teammates.

As far as her aspirations for the team go, Cole seems to be heading down the right path.

“My goal this year is to be the lead goal scorer on the team and for my team to finish in the top five of the conference and be ranked regionally.”

Cole will continue to try improve her skill sets every game that she plays in and hopes to stay consistent for the Fighting Knights.