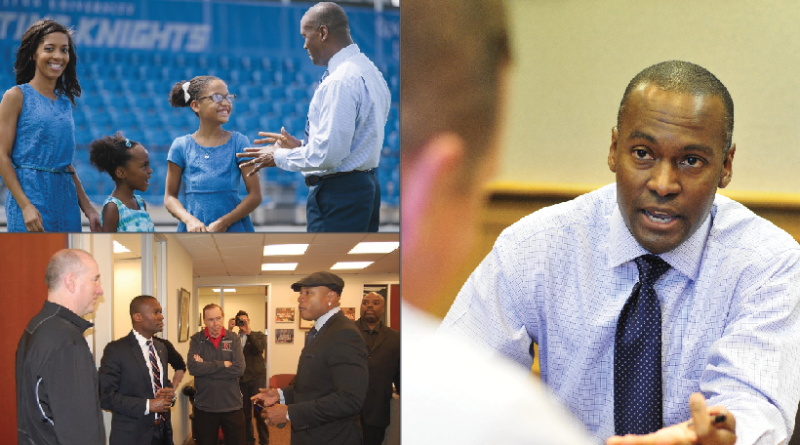 Athletic Director Devin Crosby came to Lynn to join a community that focuses on teamwork and dedication.

“Spirit, service and strength are what drew me to Lynn,” said Crosby.

Being a student-athlete while in college, Crosby ran track at Slippery Rock University, where he was inspired to become an athletic director.

On his first day, he met Bill Lenox, Crosby’s original athletic director, and was terrified because his first impression was of Lenox yelling at the athlete next to him for wearing a hat.

For most of the year, Crosby avoided Lenox until the championship for track and field. Crosby was finishing his race and was by the long jump when he saw Lenox raking the sand. Crosby asked why he did not have an intern do it and Lenox responded with, “Because I love you.” Once he said that, Crosby knew how much Lenox actually cared for all of the athletes and saw the compassion that Lenox had for the players.

At that moment, Crosby knew what he wanted to do with his life and it ignited the desire to become an athletic director.

Crosby then traveled to many different schools around the United States and started to work his way up to deputy athletics director at Kent State, which had more than 42,000 students and 400 athletes while he worked there.

When the job opened at Lynn, Crosby came to visit the university. Once he came onto campus, he saw a banner that said, “Spirit, Service and Strength,” which are the ideals that Crosby lives by.

“Once I saw that sign all around campus, I knew I had to work here,” said Crosby.

After seeing the personal relationships and trust that students had toward the faculty and the cultural trust across the board, Crosby could not imagine turning down the offer.

What Crosby hopes to achieve during his first year is to understand the culture of Lynn, soak up all of the traditions and build greater connections within the campus and the outside community.

Crosby hopes to have the athletic department become a national model that other schools will look at and strive to be.

Not For She, But Also For He 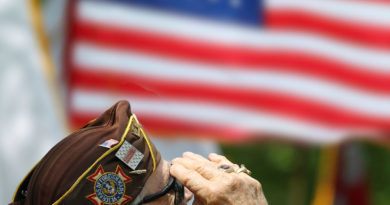