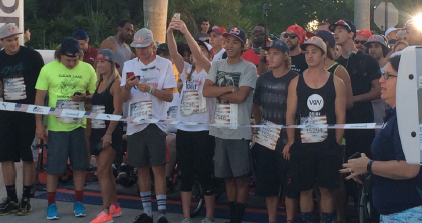 The second annual Wings For Life race was held on May 3 in countries across the world and managed to exceed the success of last year’s event.

One of the races was held locally in Sunrise and saw a number of internationally renowned athletes participate in the event.

Wings For Life aims to raise money for spinal cord injury research, in the hopes that one day soon a cure will be found for those suffering from spinal cord injuries.
Across the world in countries such as Canada, Japan, England and many more, people came together to rally around this cause and show their support by running for those who are unable. The race kicked off at the same time in each of the locations it was being hosted in, meaning that in some countries runners were running in the middle of the night.

The format of this event sets it apart from other charity races. Each participant sets their own personal goal, meaning that they are not deterred by the prospect of running a marathon.

“I served as an observer and one of the things I thought was so special about this event was that despite people having ranging from professional athletes to walkers, it did not matter because everyone joined together as one and just a big community all participating for the same goal,” said Clairissa Myatt, senior.

When participants had run as far as they wished, they were picked up by a catcher car and returned to the starting point. Upon returning, runners had the opportunity to pose for pictures and enjoy refreshments while they recovered from their run.

During the race spectators watched the event on a large screen and a live DJ was present.

“I really enjoyed attending the event, it is such an amazing cause to get involved with,” said Gioia Sacco, freshman.

Spinal cord injuries are a major occurrence within all athletic disciplines, thus, this event hit home with many of the athletes who ran in the event.

A high volume of sports were represented, from skiing and wake boarding to surfing and skateboarding. Even a professional skydiver was present.

For those who did not get involved with this amazing event that benefits such a crucial cause, pre-registration to participate in next years race has already opened.

This event helped show those who suffer from injuries that they are not alone in this regard and that their communities are here to support them and fight for finding methods that will allow faster recovery times and raise money for rehabilitation and injury research. 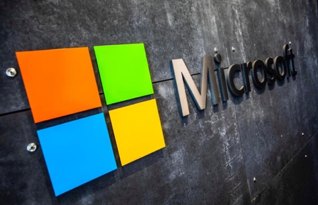 AN INSIDE LOOK AT BOCA’S NEW KOREAN RESTAURANT 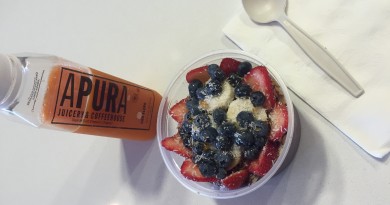