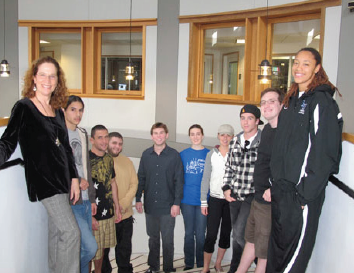 One of the best qualities of attending a smaller university is building a one-on-one relationship with all of the faculty and staff members.

Professor Carol Watson is one of the most well-known professors on campus, who brings her own experiences into the classroom.

Originally from Milburn, New Jersey, Watson has been teaching at Lynn for the past 12 years. After graduating from Clark University, in Western, Massachusetts, Watson started in psychology.
“[Psychology] was too dry for me,” said Watson.

She then decided to get more involved in theater and visual arts.

However, Watson’s path continued to change throughout the years until she went to Los Angeles to work as a screenwriter, then as a director.

She was working in Los Angeles for 15 years before she decided to move to Florida to be closer to her parents. Once Watson arrived in Florida, she landed a job writing for a new cable network.

She then chose teaching as another career path, which ultimately guided her to Lynn. Watson initially began teaching at a high school in Delray. There she met one of the principals who had worked at Lynn and helped steer Watson in a new direction.

“At one point she said, ‘you should be teaching college,’ and I thought, you’re right,” said Watson.

While Watson is extremely passionate about teaching students at the collegiate level, she explains that if she could go back in time, she may have done things differently.

“Now I think if I had to do it all over again, I would be an animal behaviorist. I would be working for Jane Goodall,” said Watson.

Outside of Lynn, Watson has many different hobbies and interests that she is passionate about, she enjoys reading, spending time in nature and above all else, spending time with her family and friends.

While students may only see her as ‘Professor Watson,’ the qualities that Watson exhibits in and outside of the classroom are unlike any other professor. Watson is the type of person who is direct, values kindness and has a sweet tooth for laughter.

With her abundance of knowledge, not only within her field but in life in general, Watson leaves her students with a simple message of a quality that all students should acquire.

“The ability to put yourselves in someone else’s shoes. The power of empathy,”
said Watson

While Watson enjoys her time in and out of the classroom, overall she loves being able to interact with such a diverse group of students, faculty and staff on a daily basis.

Bianca Bonomo is a sophomore majoring in film. Bonomo is from Westchester, NY and has a love for writing and music. Many of Bonomo’s interests include going to concerts, outdoor sports, practicing the drums and writing short stories and songs. Bonomo is very outgoing and loves starting up a conversation with a stranger. 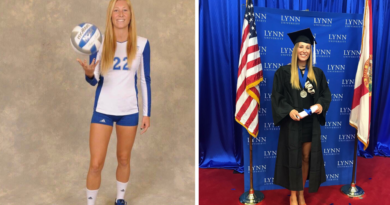 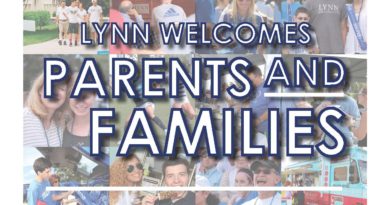