For many fans, actress Blake Lively can never be more than the glamorous and oh so perfect Serena van der Woodsen from the hit television show, “Gossip Girl”. However, after watching her in her new film, “Age of Adaline,” many people may change their mind.

“Age of Adaline” follows the story of a woman, Adaline Bowman, (Lively) who was born in the 20th century, but finds herself ageless after an accident changes the way her body develops. Living her life as a woman who does not look a day over 25, Adaline did not realize she was not aging until years after her accident. Once people began asking questions and wondering how someone that was supposed to be over 40 still looked like a college student, Adaline began a life on the run, leaving her daughter and everything she knew behind. Scared to be turned into a science experiment, she moves, changes her appearance, name and entire life every decade.

Although Adaline does all she can to escape her past and create a new, low profile life every few years, there are some things she can’t let go of, specifically her only daughter, Flemming (Ellen Burstyn). In present day, Flemming can pass as Adaline’s grandmother, given the fact that she has aged normally while her mother has not. Even though Adaline was forced to miss a lot of Flemming’s major life events by being apart, the two still have a close relationship. This on-screen relationship seemed to be a crowd favorite, mostly due to the irony paired with Flemming’s humor and positive attitude in every situation. Flemming is the only person to know of her mother’s secret, because they had vowed to not tell another soul. However, sometimes it’s possible for someone to slip up on a vow.

Flashing back to the 1960’s, when Adaline led a life in London, the film takes viewers through Adaline’s memory of a man she once loved. Although she had promised to never tell anyone her real name or story, Adaline introduced herself saying, “I’m Adaline Bowman, but my friends call me Della.” In that moment, Adaline was able to be herself, and soon later, she and the man she met, William Jones (Harrison Ford) thrust themselves into a relationship filled with true love and passion. However, that love was cut short when Adaline saw that William was ready to propose, but chose to not tell him the truth, stand him up and continue her life on the run – alone.

Many years later, in current day, Adaline finds herself living in New York City and working in a public library under the name Jenny Larson. She spends her days looking through old books and taking care of her dog, all while looking completely fabulous (a nice similarity to Serena right?). In the film, her wardrobe consists of a medium between clothes from the past with a nice modern twist. From pencil skirts to high waisted pants, there is not one shot where Adaline’s outfit is not stunningly gorgeous.

Although a life with books and a dog sounds about as low profile as anyone can get, Adaline is ready to leave “Jenny” behind and get ready for her newest adventure. As she gets ready to move once again, this time to a farm in Oregon, Adaline meets someone she doesn’t see coming, a man who will make her question her loneliness and life spent running away.

It may sound cliché at first, but the romanticism behind the way the two meet is just too hard to pass up, especially if you’re a female viewer who love’s love. On New Year’s Eve, fate brings Ellis Jones (Michiel Huisman) and Adaline together at a party. Although she blows him off at first, and a few more times after that as a matter of fact, Ellis becomes impossible to ignore and soon enough the two develop a love like no other. Ellis is intrigued and falling in love with a woman he knows nothing about, while Adaline lets herself go for the first time in years, only to find out that she’s in for a bumpy ride.

Later in the movie, Adaline’s past and present collide and she discovers why she and Ellis click so well. It’s here when their basic love story suddenly becomes complex. In these scenes, she is forced to question herself and evaluate all of the choices she’s ever made. Her daughter told her, “It’s time you stop running, no one is chasing you anymore. Who ever was, is long gone.” Was Flemming right? Could Adaline learn to settle, tell the truth and live a normal life that she deserves? 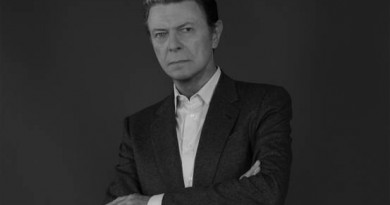 #OscarsSoWhite to Oscars so Fresh!