The Women’s Golf team is on the cusp of making  history as the season comes to an end. With only the conference tournament and regionals left on the schedule, Head Coach
Danny Randolph and his team will look to lock in wins throughout the rest of this spring.
The Fighting Knights have been ranked amongst the top five golf teams in the country throughout this season, but there is familiar company at the top of the list. With being the
reigning champions for two consecutive years comes with a lot of pressure, but this also means the team is highly experienced.

“The biggest thing for us over the next couple tournaments is consistency and understanding situations that we’re in,” said Randolph. “That’s really what we’ve done over the past couple years to be successful and I think those are probably the two biggest things we need to do.”

Much of the success is attributed to a number of upperclassmen that have won prior national championships with Coach Randolph. In any collegiate sport it is well known that experience plays a tremendous part.

Leading the Fighting Knights is senior Jessica Bradley, from Bishop Nymton, England. Bradley is ranked in top ten finishes in competitions with a total of seven, and leads the squad in scoring with an average of 74.38 per round. She is looking to improve on different aspects of her game as the end of her collegiate career is coming to an end.

“I’m hoping to improve my short game throughout the oncoming weeks,” said Bradley. “It’s a little different this year because we have two freshmen on the team, I’m excited to see how they perform because they’ve been playing really well so far this year.”

Those freshmen are Jenny Ayala and Samantha Barber, who respectively
have the third and fourth lowest average score per round on the Fighting Knights Women’s Golf team this spring. Coach Randolph expects them to be a big part of the Super Regionals and in the upcoming Sunshine State Conference Tournament.

Four of the top five teams in the country call the Sunshine State Conference home, so the conference tournament will most certainly be an important stepping stone as the team prepares for the South Regional Tournament.

“Just the routine of a big tournament happening, just that whole setting, that is very similar to regionals,” said Randolph. “Just the fact of being on the road, three or four hours away, just the theme of that routine and getting into that mode of making a championship run will really help in the long run.”

With only a little over a month left in the season and in the academic year,  the Fighting Knights will attempt to make an epic championship run against some of the best female golfers. It will definitely not be easy, but in reality the chances of this team making a third consecutive championship is very possible, and with coach Randolph at the helm the Fighting Knights will look to bring home a conference title and complete one of the most sought after accomplishments in sports. 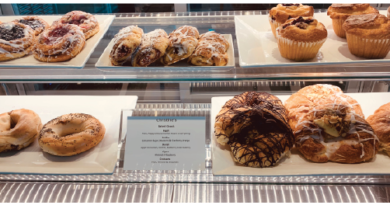 THE MOST DELICIOUS PLACE ON EARTH 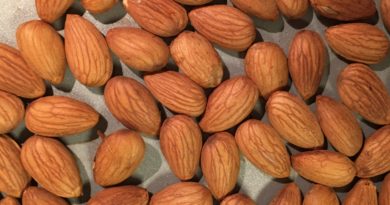