With Fifth Harmony performing a heart stopping, first ever televised performance of their brand new single “Sledgehammer” at the MTV EMA Kickoff in Miami this past Sunday, the up and coming group had “Harmonizers” all over the nation craving for more.

Their debut album “Reflections” release date is being pushed back to January of 2015. The ladies of Fifth Harmony – Ally Brooke Hernandez, Camila Cabello, Dinah Jane Hansen, Normani Hamilton and Lauren Jauregui are more than excited for their fans to finally hear their brand new material.

“I think the cool thing about our album is that it definitely reflects on how we are as individuals, because we’re so different and we love different types of music; like me and Lauren and Dinah, we love R&B,” said Hamilton. “Everyone has kind of a different vibe and taste, plus it reflects us and where we’re at right now.”

Tracks have yet to be set in stone for “Reflections,” as Fifth Harmony is still in the process of carefully selecting which songs will make the cut.

“We’re trying to pick which ones go alright,” said Cabello.

The girls have been performing what seems to be a crowd favorite, “Over,” during some of their most recent shows. Hamilton stated that the girls have been receiving a lot of positive feedback about that song and are still deciding if it will end up on the official track list.

With being the runner-ups to boy band 5 Seconds of Summer for the “MTV EMA’s Artist on the Rise” award, the girls expressed an enormous amount of love and gratitude toward their fans who voted.

Post award show, Cabello tweeted out to her 1.3 M followers, “You go to the moon and back for us every time, [I don’t know] what we did [to] deserve fans like you, but award or no award, you’re the best ever. I [love] you.”

Coming from originally auditioning separately for solo careers on the second season of X-Factor. Fifth Harmony had never imagined their musical careers taking off so quickly in such a short amount of time.

“It’s just mind blowing, it’s surreal. It’s that whole dream aspect of it. It’s the reason why we did X-Factor,” said Jauregui. “It was to get to a place where we are now. That’s what we all wanted and it’s crazy that it’s happening, and it’s happening quickly and it’s growing, and we’re so thankful that it is.”

Being back in Miami had Fifth Harmony reminiscing over the days when they were first united as a group.

“You know what’s funny,” asked Cabello. “The hotel we’re staying at smells like the hotel that we got put together in.”

Considering Miami is the hometown of both Jauregui and Cabello, the girls could not wait to rock out on stage in a place where their reality was all but a dream until their careers had taken off.

“Being here is always a great time, and we love coming back here and performing,” said Jauregui. “It’s cool when you get to come back to your hometown and people that you know, know that you came from here and are supporting you and stuff. It’s really awesome.”

Cabello followed with, “Our family and friends are here too, so that always makes you like want to freaking go.”

With being up since 4 a.m. that Sunday morning to performing an incredible set at the Kickoff that night, it is clear that Fifth Harmony is working harder than ever to show fans what they have up their sleeves for this upcoming year. 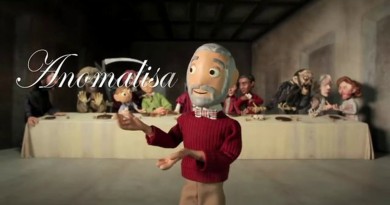 Witness A New Twist On Animation In “Anomalisa” 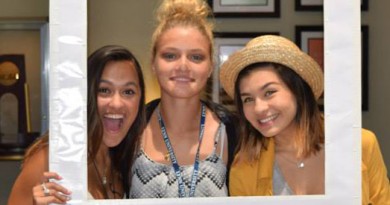