Sophomore Chris Hellmann has been tearing up the field this year as number 23 on the Fighting Knights’ Men’s Soccer Team.

“This season has been an incredible journey so far. Now since we won the double [conference and conference tournament], we were rewarded for our hard work since summer,” said Hellmann. “We don’t stop here. Now we want to win the national title.”

Soccer has been a huge part of Hellmann’s life since he was a child. His father and grandparents were huge soccer fans when he was young and it rubbed off on him.

“My dad brought me to our local soccer club when I was 3 and since then, I never wanted to stop playing,” said Hellmann. “Soccer is my life.”

The German native is majoring in multimedia journalism with a minor in sports management. When he decided to come to Lynn, it was not just for soccer and academics.

“The chance of combining soccer on a high level and to get a degree was a chance I could not miss,” said Hellmann. “Having made the experience coming to a new country meeting new people with different backgrounds and culture was one of the other facts I knew would make me stronger and more mature.”

Though he has received many accolades this year, Hellmann knows all of this would not be possible without the help of his teammates.

Many people who have attended the games this year have noticed the increase in school spirit. Due to the fact that the team can play night games at home now, more fans are able to come out than ever before. Hellmann has noticed the fans, but also knows they can be a bit crazy.

“We had a lot of good crowds this year but it was really special [against St. Leo] and when I scored the game winner with three minutes left, I was celebrating in front of our home fans and one kid jumped over the fence celebrating with us,” said Hellmann. “Everyone was so pumped and happy that we didn’t even realize it until after when I saw a video of him jumping the fence and being in the middle of us guys celebrating.”

While he hopes to play professional soccer, he sees a lot in store for the future of the soccer team.

“This team has a great future ahead with a lot of young hard working, talented guys on the roster who are just waiting for their time to shine. The whole [Men’s Soccer Team] has always been one of the best in [Division two] and nobody has to worry that this is going to change anytime soon,” said Hellmann. “I want to be part of successful school history and I want to help with good performances on and off the field.”

Whatever is in store for the future of the soccer team, Hellmann knows that he is part of something special and would not change a thing.

“Being part of this team is just amazing. I can proudly call that team my family and we will never forget these years we played together, especially winning this double this year and maybe more,” said Hellmann. “It is safe to say I made some friends for life on this team.”

The Men’s Soccer Team starts playing for the national title this Friday, so watch out for Hellmann on the field and support your Fighting Knights. 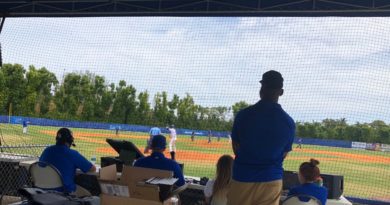 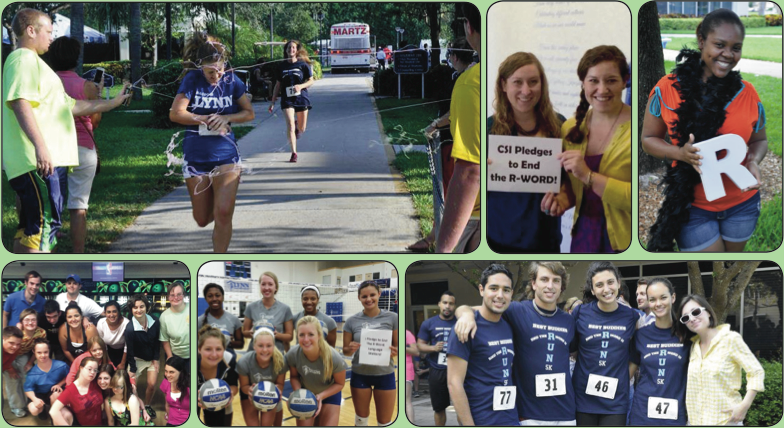 Take A Stand To End The “R” Word