While many athletes use top-notch universities as a spring board for making it to the big leagues, they do not see it as a place to most importantly receive an education.

Athletes choose a place where they can get noticed by scouts in hopes to be drafted to the next level, the ultimate level.

It is old news that the University of North Carolina has not been the most honest in their student-athlete department. Coaches, academic advisors, faculty and students have all  been involved in the scandal of academic dishonesty over the years.

Newsobserver reported, “The 18-year scheme kept athletes with poor grades eligible to play by generating inflated grades, often through classes advertised as lectures that had been quietly converted into bogus independent studies. The classes involved at least 3,100 students, about half of them athletes.”

While this is surely happening at other universities in the country, the difference is that UNC got caught. Being ineligible to play is an athlete’s worst nightmare.

Current NBA free agent and UNC alum, Rashad McCants recently came clean about the allegations and simply assured what was convinced in everyone’s minds already: that athletes are getting a free pass in order to play.

The former Tarheel landed a spot on the dean’s list as well as claiming the 2005 National Championship title. Seems a little hard to juggle and it was as he admittedly reported that he simply never went to class, which makes getting on the deans list an impossible feat.

“We were there to enhance on our athletic abilities. As an athlete, you get a scholarship to the university to play basketball and they didn’t steer us in the direction of educational enhancement,” McCants told CNN.

Of course, any student-athlete would admit to feeling that way. After all, more hours are spent training than on homework.

A double standard has been set and predictions that more and more universities will be caught in these situations. While some athletes clearly cannot make the cut to survive in such universities, look at the reading level of UNC athletes, most are below the third grade average. For others, like McCants, “it was that I clearly didn’t go to any classes,” he told CNN.

It is unknown what penalties UNC will face, but what is known is that the double standard is unacceptable and will soon be put to an end after an 18-year journey.

Clairissa Myatt is an alumna from Lynn. She graduated with a bachelor's degree in multimedia journalism and a minor in sports management. Over the past year, Myatt has had amazing writing opportunities. From being published in a national magazine for youth sports to being a contributing writer for Elite daily, she is eager for what the future holds for her career. With a passion for fitness and writing, she hopes to be able to combine those two things into a career that never leaves her with a boring day at the office. 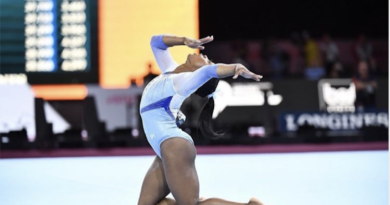