Megan Rodwell graduated from Lynn last May with a bachelors degree in biology. She is now tackling a new area of study as a psychology graduate student while also working in the science labs as the graduate/lab assistant.

Rodwell’s role is to assist the students with their labs, set them up for success with the proper materials and aid the professors in each of their duties.

This new role is very different from Rodwell’s days as a student in the lab. This time she is seeing the other side of how the labs are set up and administered.

“Being on the other side of things is really cool actually. I get to help students with some of the same labs I did as an undergraduate student,” said Rodwell. “I help teach them the same concepts these professors taught me a few years ago. I work closely with the professors that once taught me. I get a ton of valuable advice daily.”

The advantage Rodwell provides to the students is something she wishes she had when she was a student.

“The classes aren’t too big and the science professors are always so helpful, but it’s impossible for a professor to help every group at the same time,” said Rodwell. “It would have been nice to have an additional person to answer questions and explain things whenever the professors are busy. It’s nice to have two sets of eyes during dissections and practicals too.”

Not only does Rodwell’s new position help the students and the professors but it helps her as well.

“I learn something new everyday, and that’s my favorite part about being the lab assistant, and science in general,” said Rodwell. “As a student, you only participate in the lab. As the assistant, I see everything that goes into running a lab; like taking inventory of chemicals, disposing waste properly, prepping labs and keeping specimens alive. I even got to feed the snake a mouse.”

Since there are labs going on every day during the day and at night, Rodwell’s schedule can get pretty busy. Although she is not required to be at every lab for the entire duration, she puts in extensive hours.

Time management has become a key component for Rodwell’s success as a student and a lab assistant.

“It was challenging the first few weeks, but now that I have a routine it has become much easier,” said Rodwell. “Mondays, Wednesdays and Thursdays are the busiest lab days for me, so I try my best to complete my schoolwork on the other days of the week.”

Efficiency has always been a part of Rodwell’s college career as she had competed four years as fighting knight on the women’s soccer team while studying for her undergraduate degree. Rodwell has taken all of the skills that she has developed with her to this brand new part of her life. 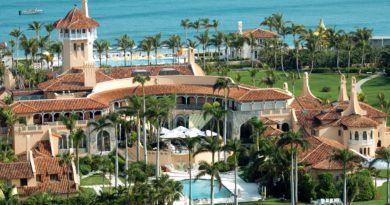